Just around the corner of Céondo offices, we have a big refinery, in fact, this one of the biggest in Germany, BP Gelsenkirchen.

End of March, the sky at night was of a beautiful red/orange color. They suffered a 10 second power cut, this resulted in all the processes stopping and putting themselves in security and wonderful flaring. Ok, this is maybe not that great for the environment, but this makes a nice show. 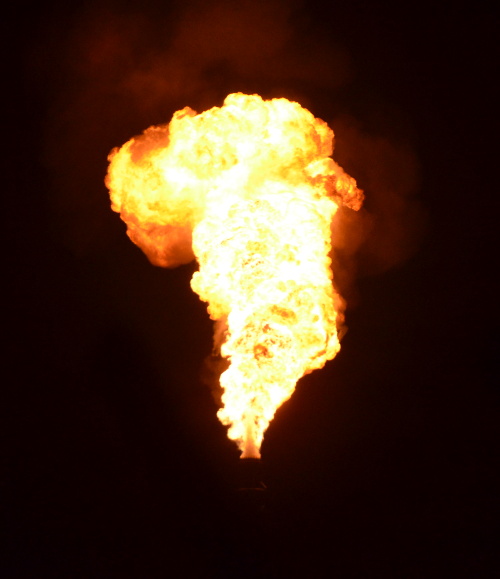 Normally the refinery, which by the way has a power requirement equivalent of 400,000 households (back of the envelope calculations, 400,000 x 2,500 kWh/year = 1GWh/year) gets its power from 2 independent networks. A failure of a power substation of one of the network few kilometers away from the refinery resulted in a cascade stopping the 2 networks.

After this 10 seconds interruption, it took more than a week to bring back the refinery to full production.